A Prayer For Lost Causes 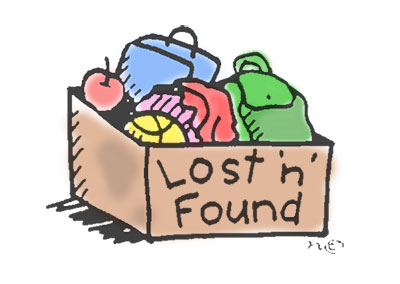 Last month, the World Health Organization published a report noting that the pandemic triggered a 25% increase in prevalence of anxiety and depression worldwide.

I cannot speak for the world, but I think that many of us have noticed an uptick in hopelessness and frustration. Problems that might have been solvable three years ago, have exasperated beyond repair. Issues below the surface have now bubbled up, and feelings of despair govern so many interactions.

Anecdotally, I hear these comments often:

”...Rabbi, don't waste your time speaking to them, it's a lost cause.”

There are countless blogs, books and videos dedicated to explaining the futility of investing time in these lost causes. Perhaps, sometimes, that advice is correct. But this week I was asked a different question, from a father of a former student, asking from a place of deep pain: “Rabbi, We have an old tradition of a prayer for lost objects, but is there a Tefillah for lost causes?”

The answer, I believe, is unequivocally, yes. Indeed, it seems that the Tefillah for lost causes and lost objects is the same: אלקא דמאיר ענני – (Elo-ha D'Meir Anneni). More than any other day, the time to daven for these lost causes, is this Motzei Shabbos, which is Pesach Sheni.

In order to understand this, a little history is in order.

In the late 19th century, as Jews began to make our steady return to Eretz Yisrael, we experienced an explosion of cross-pollination of minhagim. Ashkenazim met Sephardim, who met Chassdim who met Teimanim, and responsa from those years contain some colorful analysis of these customs.

The Sdei Chemed writes of a Sephardic custom – a new Yom Tov of sorts – that was being celebrated in Teveria. The Yom Tov in question was Pesach Sheni. Of course, Pesach Sheni is not new, indeed, its observance dates back to the second year after Yetzias Mitzraim.

But the novelty of this new celebration was that it was held annually at the grave of the great Tanna Rabbi Meir, and was referred to as the “Hillula of Rabbi Meir Ba'al HaNes”.

Truthfully, we have no source anywhere that explicitly tells us that Rabbi Meir's Yahrzeit is on Pesach Sheni, raising questions as to the origin of this custom. The Sdei Chemed relates that some suggested that celebrating Rabbi Meir on this date developed as more Jews began making their way to Meiron for Lag Ba'Omer. Others noted that the Yeshiva next to Rabbi Meir's Kever was founded on Pesach Sheni, and thus this date took on a new identity.

Regardless of the origin, the connection between Rabbi Meir and Pesach Sheni is more than mere happenstance.

The Talmud relates a fundamental argument about the nature of lost causes:

“You are the sons to the Lord your God,” indicates that when you act like sons and cleave to the Holy One, Blessed be He, you are called sons, but when you do not act like sons you are not called sons. This is the statement of Rabbi Yehuda. And Rabbi Meir says: Either way you are still called sons...

Rabbi Meir is one who believes that no sin, no failure, no catastrophe could remove our status as “Children of Hashem.”

Connecting to Rabbi Meir's perspective means understanding that from Hashem's vantage point, everything is always still there. It is only to us that something appears lost. For Rabbi Meir, loss and failure are illusions borne out of distance from Hashem, and in acknowledging our own limitations, we might allow ourselves just enough space to see the world from Hashem's perspective.

Rebbe Nachman of Breslov explains this idea with a beautiful metaphor: When we want to see something in the distance, we squint our eyes in order to focus better. Effectively, we are shutting out the images from our immediate surroundings so that we are able to see further.

But sometimes the thing we are looking for is far beyond our vision. In such a case, we close our eyes entirely. In doing so, we shut out our own perspective, and allow Hashem to do the seeing.

This great vision of Rabbi Meir, however, is rooted on the day that he is celebrated: Pesach Sheni – the day of second chances.

The Torah tells us that on the occasion of the first Pesach in the Midbar, a small group of Jews came to Moshe and complained that due to their impurity, they had not been able to bring the Korban Pesach. Their cry, “Why should we be left out?”, is answered by Hashem in the most remarkable way: Nothing is lost, you get another chance.

כי יש תקוה לכל נפש מישראל אפילו לטמא ושהיה בדרך רחוקה במזיד שהתרחק עצמו מלגשת אל הקודש ואפ”ה עושה פס”ש For there is hope for each and every Jew, even one who is impure. Even one who had intentionally distanced himself from Kedusha. Even so, he is invited to Pesach Sheni.

This Motzei Shabbos is Pesach Sheni; the Yom Tov of Rabbi Meir, the birthday of second chances. Hashem should help us to close our eyes and see the world through His. Hashem who illuminates, please answer us.