Are You Holding a Snake or a Stick? 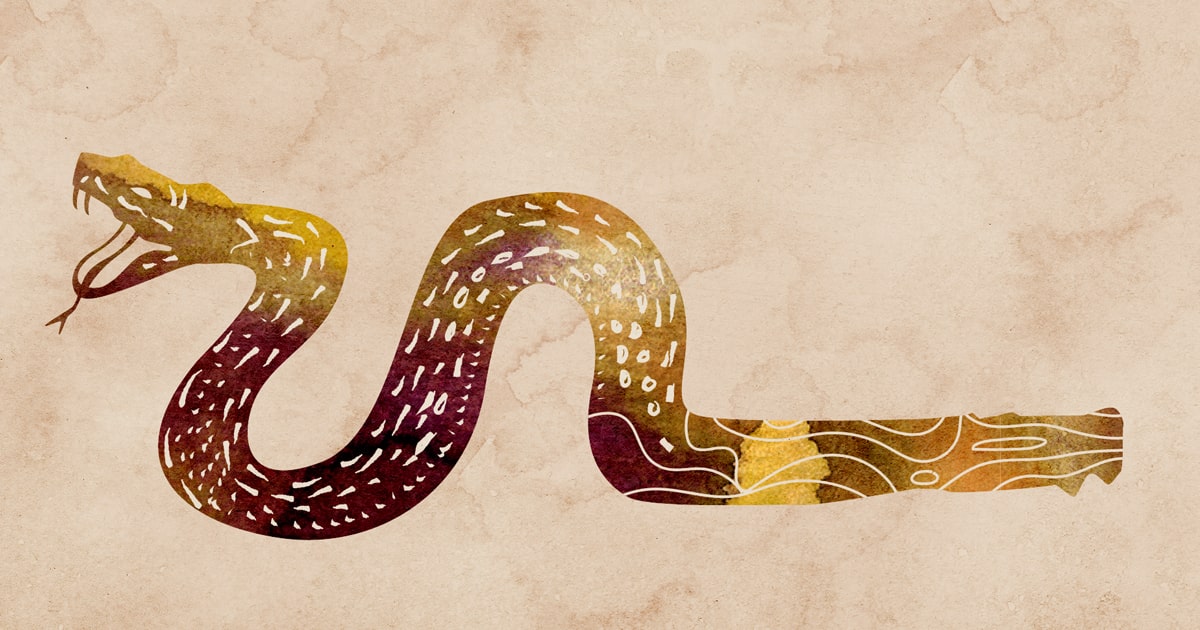 In 1976, the Lubavitcher Rebbe arranged to meet with a group of disabled Israeli war veterans who had been brought to the United States by the Israeli Ministry of Defense; the group included men who had been badly wounded during Israel’s wars (most recently, the 1973 Yom Kippur War) and in army mishaps.

All had suffered severe injuries, some were crippled, and all were maimed. Referring to the fact that such people are designated in Israel as nechei Tzahal, “handicapped of the Israel Defense Forces,” the Rebbe addressed the men as follows: “If a person has been deprived of a limb or a faculty, this itself indicates that God has also given him special powers to overcome the limitations this entails, and to surpass [in other areas] the achievements of ordinary people.

You are not disabled or handicapped, but special and unique as you possess potentials that the rest of us do not. I therefore suggest”—the Rebbe then interspersed with a smile—“ of course it is none of my business, but Jews are famous for voicing opinions on matters that do not concern them—that you should no longer be referred to as ‘disabled veterans’ but as ‘exceptional veterans’ [metzuyanim], which more aptly describes what is unique about you. “Therefore,” the Rebbe concluded, “I would be honored to shake every one of your hands, for the great honor you have given me for visiting me.”

He then walked over and spent time in conversation with each and every veteran, grasping their hands in his.

A Shift in Perspective

The Torah, this week, introduces the story of Galus – exile, and Geula – redemption from Egypt. There will yet be ten plagues, awesome miracles and wondrous displays of Hashem's power and presence. All of this is designed to create a shift in perspective – both in the minds of Paroah and the Egyptians, and in the minds of the Jewish people.

But all of this is yet to take place. For now, Moshe is debating Hashem by the burning bush, and challenging Him that “The Jewish People will not listen to me.”

Hashem responds by providing Moshe with a sign: Throw down your stick. וַיַּשְׁלִכֵהוּ אַרְצָה וַיְהִי לְנָחָשׁ וַיָּנׇס מֹשֶׁה מִפָּנָיו – He cast it on the ground and it became a snake; and Moshe recoiled from it.

Hashem then tells Moshe to grab the snake by its tail. וַיִּשְׁלַח יָדוֹ וַיַּחֲזֶק בּוֹ וַיְהִי לְמַטֶּה בְּכַפּוֹ – Moshe put out his hand and seized it, and it became a rod in his hand.

This trick will be performed with much fanfare next Shabbos, when Moshe and Aharon present themselves to Paroah. Ultimately, Aharon's stick/snake will devour those of Paroah's magicians.

The relationship between snake and stick is not simply a matter of power, illusion or magic.

Throughout the Torah, the snake is representative of the Yetzer Hara, en emblem for evil that drives humanity towards negative thoughts, speech and behaviors. As for the stick? It is miraculous. An instrument, a tool, with which to transform the Egypt, turn water into blood, to split the sea and bring forth water from a rock.

This duality, however, runs far deeper. The Malbim (191 הכרמל ע׳) quotes from the Ari HaKadosh that Moshe's stick was made from the wood of the Tree of Knowledge of Good and Evil. In essence, it is mixed – it has the potential for good and evil. In the hands of Moshe and Aharon, it is a stick with which to do miracles, but the moment that they let it go, it turns into a snake.

The question that we, like Paroah, must face, is asking whether the challenges that we encounter, both externally and internally, are really a snake, or really a stick.

This is true of our interactions with our spouses and children. How do we interpret their actions and behavior? Snake or stick? When a child throws a tantrum, does it mean they're a bad kid, or a good kid having a bad day? When spouses act distracted and dismissive, does it mean they don't love each other, or maybe they're just tired? And when a boss or colleague dishes out an unfair comment, is he or she a bad person, or perhaps simply under pressure?

This question lies at the root of every relationship, job, pastime or hobby that we engage in. Do we look at the world, at other people, as fundamentally evil, with the chance of good? Or do we see the world as fundamentally good with failures, fissures and fractures, that we are invited to fix? Are we, on average, positive, optimistic and hopeful, or are we negative, pessimistic and disappointed?

And of course, each one of us needs to ask this question of ourselves: Am I a fundamentally good person? Am I worth it? When I want to do something that I won't be proud of; when there are two conflicting voices in my head, which one is really me. Am I a good person with flaws? Or an imposter trying desperately not to get caught.

Scrolling through our social media feeds; have we become so jaded from seeing stories of tragedy, or does each one still affect us? Do we anticipate that the world will be good? That our future is bright, Chas V'Shalom the opposite?

Who's Holding the Stick?

The Sfas Emes (וארא תרנ”ג ד״ה בענין המטה) explains that the entire Story of Yetzias Mitzraim is the Story of Moshe Rabbeinu grabbing the snake by the tail, and restoring it to a stick. This is why the Makos must begin with this miracle. Understanding that no-one is inherently evil, that the world is not inherently bad, is the most basic construct of Yiddishkeit. And of course, this power is not granted to Moshe and Aharon alone. The Sfas Emes continues:

ובכח איש ישראל לבטל הטבע, ואז נעשה מנחש מטה It is within the power of each and every Jew to nullify the instincts within them, and then from a snake, a stick can be (re)created.

The ultimate question is always: Are we willing to take control of the negative forces in our lives and to see them for what that are: Tools in our hands that can be used or abused. Tools that are given to us with which to become Chayalim Metzuyanim – excellent soldiers, rather than Chayalim Nachim – handicapped soldiers.

Hashem should help us in all of our challenges; both internal and external and grant us the strength to take control. That our snakes should become sticks, and our challenges, opportunities.