Contrary to Popular Belief, The World Is Not Falling Apart 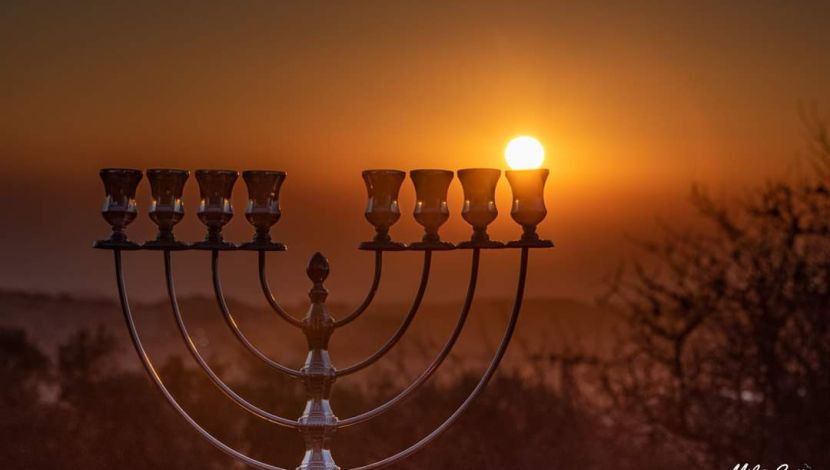 There was once a great king who build a beautiful palace from which he could rule his kingdom. Surrounding the palace grounds, he build an intricate maze, which could only be traversed with dedication and care. This was, the king could be sure that no enemies would be able to conquer his palace.

However, the existence of the maze also made it challenging for those who loved the king to approach. And so it was, that one day, two of the kings closest friends arrived to meet the great king.

Each of them entered the maze with excitement and trepidation. Moments after they began their journey, the walls of the maze rose far above their heads; they could no longer see the palace at all.

The first friend continued, turning in all directions, hopelessly lost. Minutes became hours and the sun had begun to set. He wondered if he would ever make it out alive, let alone see his friend the king. Tired, cold, lonely and afraid, with no options remaining, he sat on the ground and cried. As the tears ran down his cheeks, he raised his voice and pleaded “Great King, my beloved friend! If you can hear me, please save me! I have no where else to turn; there is no one else but you!”

When the king heard the voice of his friend crying to him, he was overwhelmed with concern, and immediately dispatched his servants to rescue the poor man. As the kings men arrived, they lifted the man to his feet, and carried him out of the maze to kneel before the king. The man dried his eyes, looked at the face of his great friend, and arose to join the feast that evening.

But what of the second friend?

He too became hopelessly lost; wandering the maze as the hours grew late and the shadows darkened the sky above him. But this friend devised a plan: At each turn, he would leave a sign; a leaf or a pebble. If the turn lead him to a dead-end, he retraced his steps, leaving another sign to know not to return to that path. Slowly but surely, turn by turn, he inched his way out of the maze, just in time to see his friend exit along side him. That night, both friends sat beside the great king.

Reb Simcha Bunim of Peshischa noted that both friends succeeded in meeting the king. Both sat at the feast, both achieved their goal. Yet there is a difference between them: Only the second friend, who left the signs behind him, will ever be able to teach his children the way to the king.

Beis Shamai and Beis Hillel debated the correct order of lighting the Channukah Neiros. Beis Shamai held that we kindle eight flames on the first night, seven on the second, until by the final night, only one candle is left. This is based on the paradigm of the Korbanos of Sukkos, which diminish throughout the festival.

Beis Hillel contended that the opposite is true. We begin with one flame, adding another and another until eight lights are lit on the final night of Channukah. Beis Hillel argued that we should also go upwards in matters of Kedusha.

Of course both perspectives are correct and valid – אלו ואלו דברי אלקים חיים, and of course, we follow the opinion of Beis Hillel.

When we observe the nature of each generation and their achievements, we cannot deny the merits of each subsequent generation pales in comparison to those who came before. By all standards, the light of Hashem is dwindling in the world. Thus we kindle the Channuka lights, desperately yearning that Hashem should rescue us from the lowliness of our station. And like the moon which is reduced to nothing before it begins to shine again, we plead that Hashem should renew us as well.

Channukah, according to Beis Shamai, is heartfelt Tefillah; raging against the dying of the light. As the darkness descends, Beis Shamai suggests that we cry out to Hashem to save us as He once saved our ancestors, for only then will we be saved.

Beis Hillel disagrees. Of course, each generation is further from the start line, and as time marches on, we may have forgotten the appearance of the palace. We might no longer remember the sound of the Kings voice; there might even be people who deny that there ever was a king, or even that anything exits outside the maze. But if we look carefully, we can see that there have been signs left along the way.

Each generation leaves their mark; and the path becomes clearer every day. The light is not diminishing at all. On the contrary, it grows brighter at each turn. Soon, we will find our way, and we will teach it to the world.

It is a great principle, that even though the world is constantly descending, this descent is purely external. Meaning: The actions and character traits of the individuals of each generation continue fall as time goes on. But internally, that is to say, regarding the collective sprit of the Jewish people throughout the ages, in which every generation builds upon all those that preceded it. The transcendence of the Jewish people thus grows, and even the individual actions of the later generations stands on the shoulders of those who came before.

Anyone looking at our world, the Jewish people and our own lives could not be faulted in feeling a sense of hopelessness from time to time. There is so much pain and failure, so much loss, so much darkness. There are days that each of us wants to (and deserves to) scream “Hashem! Enough already!”

But Beis Hillel teaches us that there is deeper truth – that we are no lost at all. That we are standing on the brink of redemption, both personally and nationally. The lights have not dwindled at all; and if we look closely, we can see clearly that we're doing better than ever... and the best if yet to come.

The Beis Yaakov of Izhbitz (מקץ אות יט) notes that we always read the story of Yosef HaTzadik around Channukah time for this reason. If there was ever a Jew who felt lost, lonely and abandoned, it was Yosef. His life stands as a paradigm for Jewish history. Every failure was a step forward, all his pain would eventually made sense to him. On the outside, his light was flickering out, but inside it was growing stronger with each passing challenge.

Hashem should help us to scream out to Him when we need to. But perhaps this Channukah, Hashem might help us as well, to avoid the wrong turns we've been taught to avoid. To learn to see the signs along the way, to know that He is waiting for us and our families to join Him at the feast in Yerushalayim at the end of History.