Do You Really Want to Kill Amalek? I Don't. 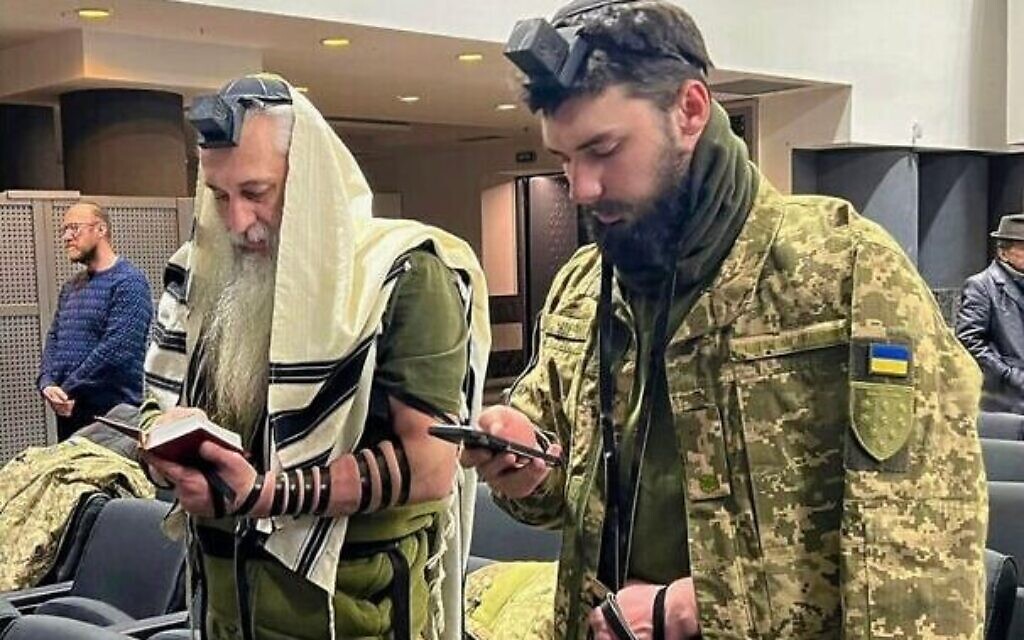 ”...From Refidim to Shushan, and from Shushan to France, and from France to Spain, and from Spain to Ukraine... The length of our 'Parshas Zachor' is too terrifying to hear.” – B'Ikvos HaYirah pg.34

These frighteningly relevant words were not written this week. They were said over 100 years ago in Berlin by Rabbi Avraham Elya Kaplan, the brilliant talmid of Teshe and Slabodka. At the age of thirty, he was was appointed to Rosh Yeshiva of the Hildesheimer Rabbinical Seminary, a position that he held until his tragic passing just four years later.

I am now older than Rav Avraham Elya Kaplan was when he left this world, and this year is the first time that I have witnessed an inkling of the war-torn world that defined his life in the early 20th century.

It seems so distant to us now, but for most of Jewish history, we didn't need an annual Torah reading to remind us about Amalek. The scars on our skin and the pain in our hearts were sufficient reminders that there was real evil in the world.

But our generation has been fortunate. We are living in a period historians have called “the long peace”; almost eighty years since world powers met in direct combat. Perhaps that peace is now over, though we daven that it not be.

One think is clear: The US, Europe, Russia and China are all sharpening their blades, and the world watches with bated breath as millions of people flee from their homes in Ukraine. Our nation is reminded once again of the words of Rashi that:

So we read Zachor again this Shabbos. The Sefer HaChinuch (מצוה ת״ג) explains that the reading of Parshas Zachor serves as more than a reminder of the Mitzvah to wipe out Amalek. It is a rally for war and a call to arms.

Rav Yisrael Ze’ev Gustman, the last Dayan of pre-War Vilna, once told of his escape from the Vilna Ghetto. Together with his wife and daughter, he fled to the forest outside Vilna. There he sought to join the Jewish Partisans fighting the Nazis. But the condition of joining was to bring one’s own weapon, so Rav Gustman, ambushed and killed a Nazi soldier, and took his rifle. Years later, he would look down at his hands and relate, “I fulfilled the Mitzvah of destroying Amalek with my bare hands.” There were many more Nazis whose lives were ended by Rav Gustman bullets. He once saw an Israeli soldier disassembling and reassembling his rifle and said, “I know how to do it faster.”

Even in as much as Hashem loves each of His creations, and believes in us all, the Torah has never shied away from recognizing that people are capable of true evil. Perhaps more subtly, we understand that human beings are deviously talented at rationalizing evil into a noble cause, and convincing others of the same. Tragically, we know that there are times when evil has become so completely absorbed into a person's world view and a nations world view, that the only solution is to “destroy Amalek״.

But the obligation of Destroying Amalek is fraught with halachic, philosophical, theological, moral and emotional challenges. I personally do not want to fulfill this mitzvah. I don't want to kill anyone.

I have no doubt that Rav Gustman would have preferred never to have needed to fulfill this mitzvah. Jews do not rejoice at opportunities for blood. War is, by definition, the the antitheses of Ratzon Hashem (רב ש״י זווין, לאור ההלכה, ״המלחמה״). Indeed, even victory is bittersweet – בִּנְפֹל אוֹיִבְךָ אַל־תִּשְׂמָח. We do not rejoice at the downfall of our enemies.

So every year, I feel the confusion. How am I supposed to feel about Parshas Zachor, war, the existence of evil, and the obligation to eradicate it? What does Hashem want from me? Does not wanting to kill an Amalekite child make me deficient in my Avodas Hashem? Can I fully subscribe to a religion that asks such heinous acts of me? Of course, I am not the first Jew to be bothered by these questions. (See Rav Aharon Lichtenstein zt”l in his masterful essay “Being Frum and Being Good”.)

What does Hashem really want from me? This Shabbos, Parshas Zachor, demonstrates the educational brilliance and agility of Chazal, in establishment of our tradition. How should we navigate the tensions of war and peace? Rav Avrham Elya Kaplan explains:

The Torah commands us to destroy evil. We cannot deny its existence. We must face the reality that people make choices and that some of them are devastatingly dark. Not every negative decision can be explained by miscommunication or misunderstanding. Sometimes, people simply make choices based on the lowest of their desires: Power, jealously, and hatred. The world cannot reach its potential when these drives and emotions are at the helm. So we gather together to raise our voices and recall the ancient cowardly attack of the original Amalek. We declare תִּמְחֶה אֶת־זֵכֶר עֲמָלֵק – Blot out the memory of Amalek! We must take a stand and ensure that we do all that is in our power to defend justice and wipe evil off the face of the map. This is our call to action, a call to arms. We begin to prepare for battle. Each Jew turns to their friend and cries “Let's go destroy them!” But moments later, the war cry is muted in confusion: “Where are my weapons? Where is my sword?!” At that moment, there are no swords in the room. Because our sages insisted: The reading of Parshas Zachor must be on Shabbos. It is the one day of the week where Jews must leave their weapons at home; the only day that preemptively preparing for battle is prohibited.

We must fight! ...But maybe we can wait until tomorrow? Chazal declare that we should delay the violence and bloodshed for another day. It is the deepest desire of every Jew that when tomorrow comes, we won't need to go to war. This was always the way. Even in the very first battle against Amalek, Moshe tells Yehoshua: וְצֵא הִלָּחֵם בַּעֲמָלֵק מָחָר – go and wage war, tomorrow.

What will change from today to tomorrow? Who knows? Perhaps nothing. But perhaps, if we hold out for just one more day, we will not need to fight. Maybe Hashem's promise כִּי מָחֹה אֶמְחֶה אֶת זֵכֶר עֲמָלֵק מִתַּחַת הַשָּׁמָיִם – I will eradicate the name of Amalek from beneath the Heavens – will be fulfilled. Maybe we'll see the Tefillah of Bruria (ברכות י׳ א׳) answered: יתמו חטאים ולא חוטאים – That sin should be destroyed, but not sinners.

So what is achieved by reading Parshas Zachor? Is this all some kind of farce borne out of unwillingness to fight? Is there any tangible, real benefit to reading Zachor?

כי האדם בעצמו הוא עולם קטן ונכלל בו כל העולם ומלואו, ...שנכללין בהם כל האומות ונלחמין ומתגרין זה בזה For each person is a microcosm of humanity, and contains within them the entirety of existence. And thus within each person are all the wars of the world.

Our deepest Tefillah is that we will destroy the Amalek inside of ourselves this Shabbos, so that tomorrow we will not need to go to war.

This is the Avoda of Parshas Zachor: Recognizing that selfishness, ego, violence, rage and jealously exist within each of us. That we too are capable of evil. But before we attempt to fix the world, we should fix our hearts and minds. If we all engaged in the internal battle, we might merit avoiding the wars outside.

Were it not for our own failures, we would never need to go to war. We would infuse humanity with the way of peace, and feelings of love. The sweetness of Hashem would fill every heart, giving light and joy to the souls of all creation.

Hashem should help us to fight the battle this Shabbos, to win the war inside. That our brothers and sisters in Ukraine should be safe. That the world should turn back from the brink of war. That Amalek should be eradicated from our hearts, minds and homes. That tomorrow we will not need to fight.