Esav Hated Millennials. Do You? 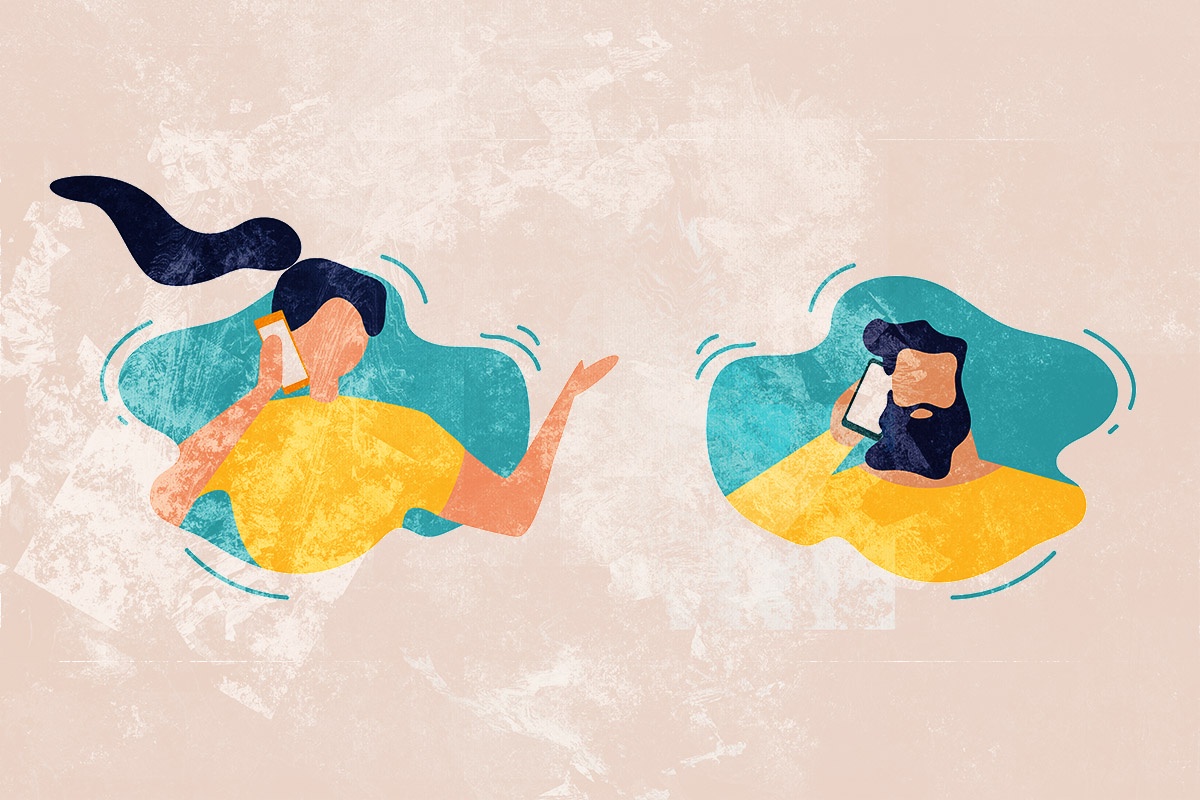 I sat down with a member of our shul this week, who challenged me: “What are we going to do about these Millennial JFKs?” (Nothing to do with the airport. JFK = Just For Kiddush.)

They continued: It’s a terrible thing! There are people that show up late with their kids, talk in the hallways and barely come into shul?! Don’t they see how destructive this is to the Chinuch of their children? Don’t they understand the value of Tefillah?

While the problem is real and the concern is sincere, I think the premise of the question is incorrect. Of course coming to shul on time is important. Of course everyone should come into shul with respect, daven with kavana, and model the importance of Tefillah for our kids. None of this is disputable, Shulchan Aruch is clear on all of these matters, and we should certainly give thought to educating the importance, the beauty, the value of coming into shul and davening. We need to find ways to inspire people to connect with Hashem.

That being said, some context is appropriate. The majority of Jews in the world, tragically, are not coming to shul at all. For most people, religion, spirituality, discipline and personal responsibility are not so fashionable in our Western world today. The mere fact that Jews are coming to shul and engaging in some kind of practice is a reason for optimism; these guys are bucking the trend; they're swimming upstream.

Taking into account the entirety of the picture, the millennial JFKs are 95% the way there. While most of the world spends their Saturday morning doom-scrolling on social media, these guys are at shul. Of course, that's not everything, that's not the goal, it's certainly not enough, but it's way more than nothing. It's a start; a reason to capitalize on the momentum to provide greater opportunities for engagement and work slowly towards a more profound connection to Hashem and His Torah.

We have a choice of how to view Jews who are practicing imperfect Yiddishkeit (in our opinion). We also have choices on how to perceive ourselves in light of our own shortcomings, failures and hypocrisy. Either it’s a travesty, or it’s a stepping stone.

In the deepest way, these two perspectives are paradigmatic of the difference between Esav and Yaakov.

Are We Also In Danger of Giving Up Our Birthright?

Quite possibly the most impactful exchange in all of Jewish history takes place in our parsha.

Esav returns home, tired and hungry. Chazal tell us that this was the funeral of Avraham, and Yaakov and Esav were teenagers – 15 years old. Esav sees the red lentil soup that Yaakov has prepared and demands הַלְעִיטֵנִי נָא מִן־הָאָדֹם הָאָדֹם הַזֶּה – Give me that red stuff!

Yaakov uses this opportunity to bargain Esav for his birthright, to which Esav replies:

הִנֵּה אָנֹכִי הוֹלֵךְ לָמוּת וְלָמָּה־זֶּה לִי בְּכֹרָה I am going to die. Why do I need a birthright?

This exchange would set the stage for the relationship between these brothers for years to come, and for all of history. But Chazal explain that in this story, there is a hidden narrative that seems more than a little peculiar:

Rabbi Yochanan says: That wicked person transgressed five sins on that day. He slept with an engaged girl, committed murder, denied the existence of God, denied the resurrection of the dead and gave up his birthright.

There are many questions to ask about this Medrash. Not the least of which is that it seems like a very busy day for a child of fifteen. Beyond that, the order of Esav's sins is strange, and requires some understanding.

Rabbi Yochanan tells us that Esav begins with a promiscuity, moves on to murder, then to denial of God. By midmorning that day he has violated the three mitzvos for which a Jew must give up their life rather than transgress. But only once he has denied God does he deny the resurrection of the dead, and only thereafter does he give away his birthright. Why not earlier?

While we don't usually weight up which sins are “better”, it seems clear that giving up one one's birthright is not even comparable to the others. Indeed, while we are obligated to believe in techiyas hameisim, denial is certainly not tantamount to murder?!

It would seem that Rabbi Yochanan providing insight far beyond a superficial menu of sins.

Consider the following possibility: A person does something they are not proud of. They gave into their emotion and base desires, or perhaps they caved to social pressure. They spoke, acted or dressed in a way that doesn't represent their best self. In the moments immediately following that failure, they arrive at fork in road: On the one hand one can conclude that they are now the kind of person that does that kind of thing. Alternatively, one could declare that act as deviation, an aberration, and course-correct to ensure that it never happens again.

From this vantage point, Rabbi Yochanan is telling us the road that Esav took. He began with giving in to his base desires. And in the shame and horror of what he did, he resolved that he was now “damaged goods,” beyond repair. After failing in the world of self control and morality, he allowed his anger and outrage to get the better of him as well, to the point that he was no longer sensitive to other people. That's called murder. Disenfranchised, no longer making any attempt to control himself, and without care for others, his relationship with Hashem fizzled.

If we're honest with ourselves, we've all been there to some extent. We question if the mistakes we've made have rendered us permanently scarred.

It's in these moments that we are invited to remember that as Jews we know that nothing is lost – לְבִלְתִּי יִדַּח מִמֶּנּוּ נִדָּח.

One day, even death will be conquered – that's called Techiyas HaMeisim; one of the core fundamentals of our belief. In the infinite mind of God, the past, present and future of each one of us endures beyond time. Death is simply a change of state, it's not the end of existence. Techiyas HaMeisim means that even when it seems all over, it's never over.

Last shabbos, we read of the death of Avraham:

וַיִּגְוַע וַיָּמָת אַבְרָהָם ... וַיֵּאָסֶף אֶל־עַמָּיו Avraham died in a good old age, an old man... and was gathered to his people.

The Ibn Ezra is bothered with the phrase “gathered to his people.” Avraham was the very first Jew. Which people was he gathered to?

This is referring to the honor of his soul. When Avraham's neshama was engaged with his body, he was an independent entity. The moment he separated from a body, his presence is now gathered to his nation.

We are all living with Avraham. He is gathered to his nation of the future. He becomes Avraham Avinu. He continues to live with us until the final resurrection at the end of time when we realize that Avraham Avinu never really died. As Chazal (תענית ה ב) tell us regarding Yaakov: מה זרעו בחיים אף הוא בחיים – as long as his children live, he too is alive.

Rashi tells us that the lentil soup that Yaakov was making was for the Shiva of Avraham, who had just passed.

Reb Meir Yechiel of Ostrova (מאיר עיני חכמים) explains that Yaakov was trying to communicate a message to Esav. Why is he making lentils? Because they are round. There is no end to a sphere. When you are on one side of it, you cannot see the other. But it is always most certainly there.

But Esav in his despair sees only red. There are no lentils, there is no circle, no continuation.

Esav cannot believe in Techiyas HaMeisim. So far as he is concerned, his failures are too great to shake off. He will bear them forever. For him there is no resurrection. There is no coming back.

To that end, he declares:

הִנֵּה אָנֹכִי הוֹלֵךְ לָמוּת וְלָמָּה־זֶּה לִי בְּכֹרָה I am going to die. Why do I need a birthright?

His final failing is giving up his birthright. He feels so alienated, so lost, so disconnected, that nothing is meaningful any longer.

The Bracha to Escape Despair

It is within this context that we can understand the desire of Yitzchak to give Esav a Bracha. He desperately wants Esav to reengage, recommit to himself, his family and Hakadosh Baruch Hu.

Indeed, the Bracha that Yitzchak bestows, assuming he is speaking to Esav, begins:

Yaakov Avinu did not need the Brachos of Yitzchak – he was capable of brachas within himself. But there is another kind of bracha – that which permeates even a person who is not worthy of it. This Bracha is a way to find and connect to Godliness even in a world of shmutz, distraction, failure and sin. It's a connection to eternity even when undeserving. This was the bracha that Yitzchak wanted to give Esav – and indeed the bracha that Yaakov took for himself. Rivka knew that in the long history of the Jewish people we wouldn't all be Yaakov's, we would need this Bracha too.

The secret of Teshuva, of personal aspiration and national return are one in the same.

It's easy to judge young parents, millennials, JFK-ers. It's easy to say “they're bad examples, bad Jews, not serious about Torah.” But the deeper truth is that all of us are grasping on to the Brachos of Yitzchak, trying hard not to give in to despair. We've all been there in some way, at some time.

To those who feel that Shul, Tefillah, the Siddur and Chumash are beyond what you're interested in. If you feel like “it's not for me”, please don't give up. Please don't give in. This week, come a little earlier. Stay in for a little more. Hashem should help us to hold on to our birthright for just a little longer – Techiyas HaMeisim is right around the corner.