How To See Invisible Things 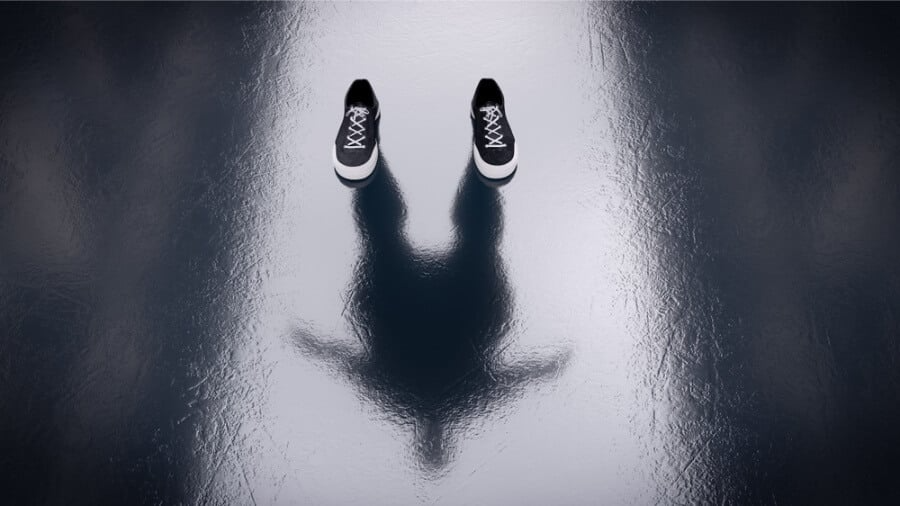 In 1800, Frederick William Herschel, the German-born, British astronomer and composer discovered that not all light can be seen.

He was busy conducting an experiment to test the different temperatures of colored light. He channeled sunlight through a prism, splitting it into a rainbow, and then let the colors fall on different thermometers. But curiously, he noticed the greatest increase in temperature was where the light didn't seem to shine, just beyond the red line of the rainbow. Suddenly, people knew that there was a kind of light that couldn't be seen — infrared.

A year later, Johann Ritter read about this discovery and wondered whether there might also be invisible light on the other end of the spectrum, beyond the blue lines of the rainbow. Unfortunately for him, he couldn't pull Herschel's thermometer trick, because the temperature increased toward the red end, not the blue end of the spectrum. He was, essentially, hunting something that he could neither see nor feel with any technology available to him.

But that didn't mean that nothing couldn't see or feel it. With a lot of research, Ritter eventually found silver chloride.

Silver chloride tarnished and turned black when exposed to sunlight. A little experimentation showed Ritter that it responded more vigorously to the blue end of the spectrum. He used Heschel's prism trick and put strips of silver chloride in each of the separated colors of light.

He'd discovered a new kind of light – one that had always been there but that no one could ever see. Ritter took Herschel's naming conventions, and called it “ultraviolet.”

The World That Cannot Be Seen

Many thousands of years earlier, Avraham and Yitzchak had already discovered that not everything can be seen. In fact, the most profound and meaningful sights can only be perceived by the most sensitive of instruments.

The Torah describes how, on the third day of traveling to the Akeida, Avraham and Yitzchak “see” the place from afar.

Rabbeinu Bachya quotes from the Medrash explaining what they saw:

He saw the place from afar – Avraham said to Yitzchak: “Do you see what I see?” Yitzchak responded: “I see a beautiful mountain and a cloud resting on it.” Avraham then turned to the servants who were with him: “Do you see what we are seeing?”, and they responded “We see only see deserts and mountains.”

The Aish Kodesh (וישלח ע׳ קלו) asks a piercing question: Being that this vision was non-physical, why did it take three days to see it? They should have seen it immediately?!

He answers: At the beginning of the journey, the great vision of the mountain and what it would become, existed only in the mind of Hashem. But as Avraham and Yitzchak embarked on this fateful mission, they reached higher and higher into the thoughts of Hashem, until they too could see the mountain for what is truly was. It was invisible, incomprehensible, unattainable, until they made it real. Only then could they see it.

In many ways, this yearning to see is the theme of Avraham's life. From the moment he leaves home, he is attempting to see something deeper, something greater, something that cannot be seen with our eyes alone. Avraham is trying to see the world through the eyes of Hashem, and the very first thing Hashem asks of him is to travel to “The Land that I will show you...”

The beginning of our Parsha emphasizes Avraham's heightened vision follow his Bris Millah:

Hashem appeared to him by the oaks of Mamre, as he sat in the tent door in the heat of the day. He lifted up his eyes and saw, and saw that three men stood opposite him. When he saw them, he ran to meet them from the tent door, and bowed himself to the earth.

Rav Hirsch explains what it was that Avraham was seeing:

Hashem's presence is found everywhere, but not everyone merits to see it, only one who dedicates themselves to Hashem – as Avraham had done in this moment (after performing the Bris) – thus he was able to see.

The Torah also contrasts Avraham's vision with the blindness of the people of Sedom, who are trying to break into Lot's home. The Shem MiShmuel notes that their blindness was so profound that they even after being rendered sightless, they were still looking for the door handle! No one gave pause to wonder what might be happening. No one stopped and questioned how it could be that they were all, suddenly, unable to see.

Of course, Avraham's vision is not limited to him alone, but to all those in his orbit.

When Hagar and Yishmael are stranded in the desert and Yishmael is dying of thirst, Hashem opens Hagar's eyes to see that there was a well of water nearby.

The Sfas Emes (וירא תרנ״ד) quotes from the Chiddushei HaRim that Hashem did not create a well of water – He merely showed Hagar where to look. Likewise, he continues, everything that we could ever possibly need is in reach – we just don't know how to see, or where to look.

The ability to see the world around us as filled with opportunity, simcha, love, mazal, mitzvos, Torah and truth is the gift that Hashem gave to Avraham, and his children after him. And there are two stages: Firstly, we must search for it, knowing that it is there, even if we cannot see it. Secondly, we are charged with the responsibility to develop the tools and skills to see it.

This choice – how to see the world – influences our entire experience within it. It affects how we understand ourselves, our spouses, our children and our fellow Jews.

This Sunday, the 19th of MarCheshvan is known in many Israeli schools as יום הרב קוק, “Rav Kook Day”. It's the day on which Rav Kook embarked on his Masa HaKibbutzim, the journey to the kibbutzim in the North of Israel. What is the significance of this journey? Rav Kook desperately wanted to meeting with the secular pioneers building the Land of Israel; young, disconnected secular socialists.

Rav Soloveitchik once told the story of Rav Kook's influence during that trip; based on a conversation he had with members of Kibbutz Kinneret after the fact. (The Rav tells it far better than me; and you can hear it online here.)

When he arrived at Kinneret, it was Friday evening, Erev Shabbat. Rav Kook went into the non-kosher dining room with two loaves of challah and a bottle of wine. He said kiddush, ate a ke-zayis of challah, and retired for the night. While he was in the dining room, lights were turned on and off and, on the kibbutz the next day, every Shabbat restriction was violated. But Rav Kook did not react to any of this.

On Motzei Shabbos, he danced with the kibbutzniks. For those who don't know, kibbutz founders, a 100 years ago, were an irrepressibly inspired and jubilant group. “Work all day and dance all night” was not just a slogan but an accurate depiction of the mood of the first Israeli settlers.

Judaism, God, and Torah, however, did not inspire them. They were anti-religious to the extreme, more so than the most anti-religious people you meet today. They were hard core leftists, even Marxists, in their political views. In the eyes of the Yishuv, these people were little more than apikorsim, heretics and sinners.

But Rav Kook was undeterred. In his vision, he saw the early kibbutzniks as saints, erecting scaffolds for building what would ultimately become a Torah enterprise, the Third Jewish Commonwealth. Yes, these scaffolds and fledgling institutions had a strong secular bent, but that was just part of the heavenly ordained plan, part of the inevitable unfolding of Jewish experience and history. And Rav Kook did not utter a single word of disapproval during his stay at the kibbutz.

When Rav Kook took leave of his hosts on Sunday morning, he left them with these words: להתראות ולאכול ביחד סעודה אחת – “Until we meet again and eat a meal together.” That same day, the kitchen of the kibbutz was kashered, all the plates in the kibbutz were thrown out and new kosher plates and cutlery were introduced.

Rav Kook had learned to see with the eyes of Avraham Avinu; and in his vision, the builders of our land were far more than disaffected secularists. He knew that just outside of the spectrum of visible light, there is an entire world waiting to be discovered, if only we had the right instruments.

Hashem should help us to learn how to see; how to look at ourselves and each other. And perhaps we will merit to see His hand guiding our lives as well.