How to Survive a Ruchniyos Recession 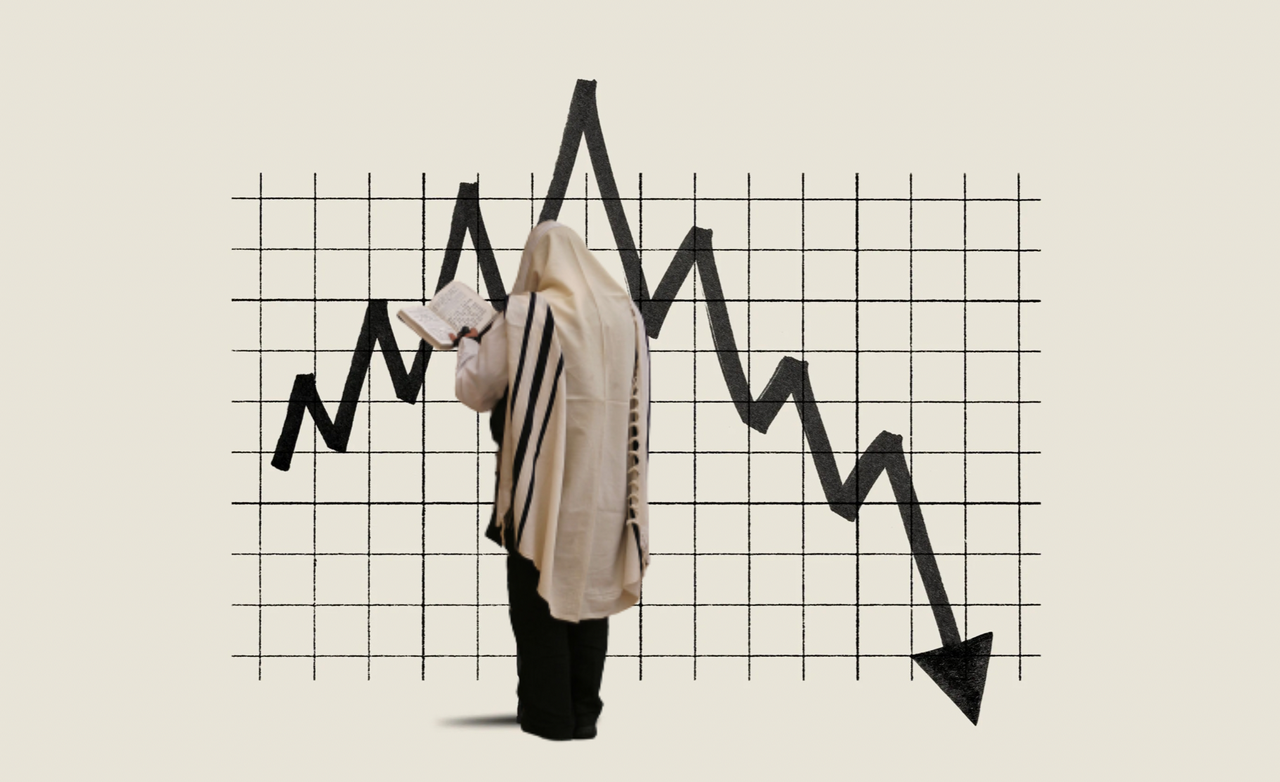 Summer is a peculiar time for Avodas Hashem. For kids, teens and young adults, the summer offers a change of pace and place from regular scheduled schooling. This often enables opportunities for meteoric growth, and indeed, I've seen many talmidim come back from a great summer reinvigorated and reenergized.

But for adults, for whom the responsibilities of life are sometimes slowed, but not paused, the change of pace of family life can contribute to feelings of lethargy and disinterest. Effectively, for many adults, the summer is a Ruchniyos Recession.

I vividly remember my first major Ruchniyos Recession in Yeshiva. It happened the day after Rosh HaShana in my second year in Kerem B'Yavneh. I was flying high the whole of Elul; pushing later and later hours in the Beis Medrash. My chavrusa and I were covering more ground than ever before, we were even doing Chazara!

In retrospect, I should've known that my relentless sleep deprivation was unhealthy and unsustainable. But Rosh HaShana was a few days away, and after all, that's when Hashem is judging us. I wanted to make a good impression. My davening that Yom Tov was soulful, uplifting and exhausting.

More than anything, the guilt was overwhelming. I has soared my way up to Rosh Hashana only to flake out during the Aseres Yemei Teshuva?! What a fake, what a fraud! I imagined Hashem's disapproval; His judgement and disappointment. I was upset with myself for not foreseeing this crash, for failing so hard. I questioned everything I had ever achieved, all of my hopes and dreams for my time in Yeshiva.

Needless to say, most of those feelings were unnecessary and unduly exaggerated.

Later that week, I approached Rav Blachman to ask for advice. He listened carefully to my predicament, and then gave a hearty chuckle and explained casually: “You're young. You'll learn. You can't expect to fly upwards forever. It takes time; and each time you'll get a little better. There will be many more Eluls and Rosh HaShanas to work up to.”

In the past week, speaking to chaverim, members and colleagues, many have expressed deep fears about the market, the economy and the future of this country. I'm not an economist, and talks of an impending (or current?) recession are disconcerting. But on the other hand those who are much smarter and more experienced than me know that fluctuation is normal, and that we should learn to expect the ups and downs.

I can certainly understand that as a market grows, it experiences natural ups and downs. In the short term, however, the highs are extraordinary and the lows are devastating.

I would like to suggest that the same long game perspective is true in our Ruchniyus as well. We all experience periods of heightened growth, excitement and inspiration. And we all experience setbacks, frustrations and failure. Perhaps, the greatest commonality between economics and Ruchniyos is the need to understand that there are forces outside of our control, and choices that are within our control. Differentiating between them requires humility, empathy, maturity and perspective.

So what do we do in a Ruchniyus Recession? What is our Avoda when we don't feel connected or inspired? What do we do when we feel like we've already failed?

In many ways, I think that that this was the final challenge of the Dor HaMidbar. Those great Jews who survived slavery, followed Moshe into the desert, walked through the sea on dry land, and stood at the foot of Mount Sinai. After everything that they achieved, ultimately, they failed. They would not see their dream to completion, they would never enter Eretz Yisrael.

For an entire generation, there was no “We want Moshiach now!” campaign. There was no geulah; they wouldn't ever see the Land that Hashem had promised. How did they survive that spiritual recession, and what can we learn from them?

Chazal (תענית ט א) tell us that there were three great leaders in the Midbar: Moshe, Aharon and Miriam. In their merit Hashem gave us three miracles: Manna from Heaven, Annanei HaKavod to protect us from the elements, and water from a rock.

But this Shabbos, Aharon and Miriam die. What happened to those great miracles? How would we ever survive? No problem, the Talmud teaches, חָזְרוּ שְׁנֵיהֶם בִּזְכוּת מֹשֶׁה – the Clouds and the Water returned in Moshe's merit.

The Ksav Sofer asks: If all three miracles could happen in Moshe's merit, why did we need Miriam and Aharon at all?!

He explains: At the beginning of the forty year exile, those miracles could only have been in the merit of Miriam and Aharon. But forty years later, Moshe Rabbeinu had also grown. Now, as a greater version of himself, Moshe could achieve more on behalf of his people.

We don't often think of Moshe's personal growth. Much like a kindergartener doesn't think that their teacher could ever been seen at a the mall. But Chazal are telling us that Moshe also continued to grow; and all of this during a national Ruchniyus Recession.

There are times in our lives when we are “Running”, growing by leaps and bounds. These times contain their own challenges; obligating us to make the most of our opportunities, and not to succumb to complacency.

In the times of “retreat”, however, we are challenged by maintaining slow consolidation of our achievements. Building personalities of stable Avodas Hashem, and diligent Emunah. The world of בקי בשוב is the deep work of understanding that setbacks and failures are part of the process, on the micro and macro scales of our lives and Jewish history.

Our Avoda is to respond to our the economics of our Ruchniyus with careful planning and consideration. To set goals, weigh up options, and to ensure that the next steps we take are moving forwards. We need to ask ourselves: “Ok, I don't have the time, money or energy for 'X', but what can I do? In what way can I become closer to Hashem? What can I change today?”

Hashem should help us to weather every storm – in Gashmiyus and Ruchniyus – and to ensure that we emerge as greater people, with loftier middos, stronger connections, and deeper understanding of Hashem, His Torah and ourselves.