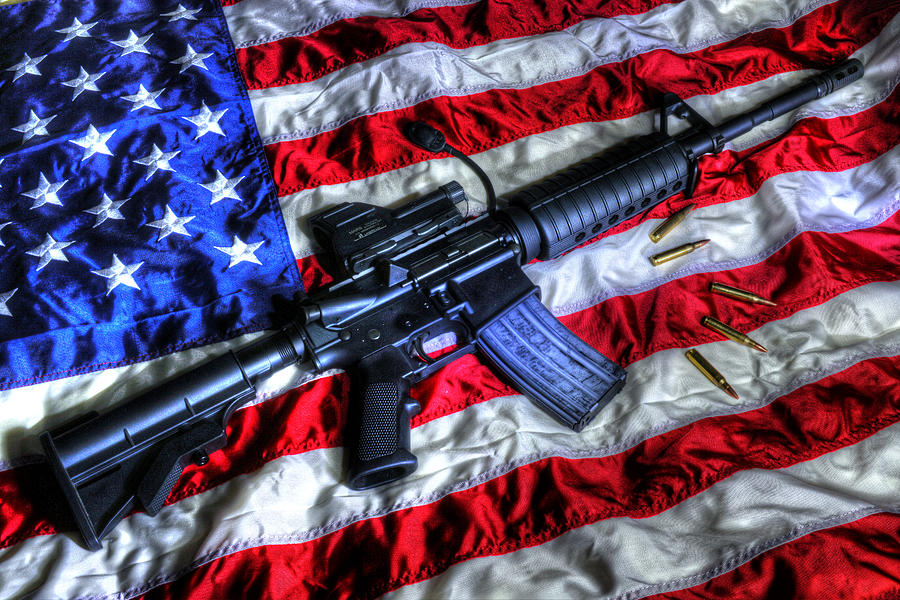 I was nineteen years old when I was held at gun point.

It was a few days into my Yeshiva vacation in Kerem B'Yavneh, and I has just arrived home to South Africa. My brother and I were attending an evening event, and I had convinced him to let me drive his car home, while he would get a ride home with friends later.

I was nervous; it was my first time driving in many months. Naturally, I feigned confidence that of course I remembered how to drive. Of course I knew the way home. Of course, I would be cautious for any suspicious activity. This was Joberg after all.

I don't think my brother was fully convinced.

Carefully and slowly I made my way back home, arriving around 11pm. As I pulled up to the drive way, I pressed the button that opened the gate – providing a safe passage between the electric fencing and barbed wire.

The gate began closing behind me. I turned off the ignition and sighed in relief that I had made it home without damaging my brother's car, getting into an accident, getting a ticket or getting car-jacked.

But my relief was ill timed and short lived.

A second before the gate had fully closed, two men darted in, and jammed it – stopping it from closing. I had not yet noticed. But as I got out of the car, they were there. Right next to me.

One of them reached behind him to discharge his gun. They told me to give them the car keys. I did.

They told me to give them my wallet and phone. I handed both items over. Then, the one without the weapon quickly pillaged the car, taking CD's and anything else that looked to be of value.

It seemed like an eternity, but it couldn't have been more than a minute later that they told me to lie down on the ground.

They were ready to escape, and did not want anyone to follow them.

I don't know what came over me at that point, but I knew in that moment that if I were to lie on the ground, they would have shot me.

I looked at them and said “You have what you came for. If you want to shoot me, you'll have to shoot me in the face.”

They turned around and fled on foot. (Cars, I learned, are easier to track.)

I walked inside, visibly shaken. Moments later, we called the cops. They came, took statements, and opened the investigation.

Days later, we learned that the two men that had held me at gun point had been caught. My valuables were never recovered, but as everyone told me, I was fortunate to have escaped with my life.

I have lived in the US for fifteen years. The kind of violent crime that I grew up fearing, thankfully, does not exist here.

Or rather, we should acknowledge that it does in some places, but even so, not nearly to the same extent as in South Africa.

I am grateful that my kids in Boca Raton are privileged to experience a childhood devoid of electric fences and barbed wire. They do not hear of their friends parents being tied up and gagged while their houses are robbed. They do not know of security gates on windows.

But there is something different here. Something upsetting, frustrating, maddening and nauseating. Something new to me; something sickening.

To say it as clearly as possible:

Were I to find myself in the unfortunate circumstance of staring down the barrel of gun in this country, the person with his finger on the trigger would absolutely be ready to shoot me in the face.

In fact, that would be the entire reason for loading a gun at all that morning.

Do guns kill people or do people kill people? I do not know. The Ramban leaves this question unresolved.

What I do know, with certainly, is that we, decent people throughout the country are angry. We are saddened. We are frustrated. We are hurt.

But beneath the sadness and rage, we, as a country are clearly not sufficiently disgusted. We are not viscerally repulsed.

In some weird and twisted way, mass murdering gun violence is “an issue to be debated and solved,” and not an affront to our collective moral consciousness. We describe them as tragedies; when really, they are travesties as well.

This is the real sickness.

Rav Desler (מכתב מאליהו ח״א ע׳ 162) notes that the Torah often assigns collective responsibility for the failure of an individual. Hashem understands that we are all deeply interconnected; individuals arise from within society.

If a person could dream of doing something so evil, so heinous, it means that our society, in someway, makes room for that act, even in the passive unwillingness to change the parameters that allow for it to take place. In some way we are all responsible.

Consider how many of us felt so differently a number of years ago when ISIS militia decapitated their captives, or executed prisoners with black bags covering their heads. Those events felt like the embodiment of evil. Likewise, we feel repulsed and disgusted when we hear stories of rape, human trafficking and child molestation. We should feel this way. Evil is anathema to a healthy human soul.

But the disgust of mass shootings has worn off, even just a little. News anchors do not break down and cry when reporting these stories. These are stories, many, plural.

Somewhere, in the jumble of US politics around rights and amendments, we forgot the simple truth that holding a weapon is, in itself, a tragedy.

To any student of Tanach, the obvious and clear intent of the Torah is to arrive in a world where weapons are unnecessary. It's explicit in the Brachos that Hashem promises in our Parsha:

Yet, we all acknowledge that despite Hashem's desire for us to rid the world of violence, there are times that owning a weapon is necessary.

Rav Shlomo Aviner (שאילת שלמה ח״ג פז) goes to great lengths to prove that one should make the Bracha of Shehechiyanu on purchasing a weapon for self defense, since we thankfully live in a generation that Jews can defend ourselves. This fact alone, he argues, is a cause for celebration. But Rav Aviner also humbly admits that he is a lone voice on this topic (עתורי ירושלים ע׳ כ״ט). Rabbi Ovadia Yosef, Rabbi Dov Lior and Rabbi Avichai Rontzki (the former Chief Rabbi of Tzahal) all disagree, ruling that one should not say Shehechiyanu on an item that we wish we never needed to own. These Halachik debates are sensitive and nuanced. I can hear both sides, but this does not extend to the discussions that place in this country.

Please forgive my un-American-ness. I simply do not understand the fascination, obsession and pride associated with guns.

Clearly there is space and reason in Halacha for a Jew to purchase a gun. I can understand the need to do so. But I cannot fathom how a Jew could be a “Gun Enthusiast.” How could a child of Avraham and Sarah possibly be enthusiastic about an item whose primary purpose is to kill?

We live in a country where rifles are symbols of freedom, self determinism, patriotism and independence. There is nothing in the Second Amendment that legislates that this must be the case. But even if these are indeed symbols of the USA, perhaps, as Ohavei Hashem and Yarei Shamayim, we should feel disgust in the juxtaposition of freedom and instruments of death. This is not our version of freedom. Our freedom is the opposite: When Hashem offered us the Torah he was offering us freedom from the Angel of Death (שמות רבה מא).

We need to take stock of reality in this country. It is far too easy to purchase a tool of mass murder. But legislation is neither the beginning nor the end of the problem. This sickness is deep.

It is the easy access to guns, coupled with a culture that celebrates gun ownership, inspired by emotionally charged and hateful political rhetoric, angered by conspiracies and distrust, fueled in online echo chambers, festering in loneliness and pain. All of these play their part in the problem. We need to take responsibility for solving all of this.

There is so much work to be done, and honestly, I do not know how to proceed. But I'd like to believe that it does not have to be this way forever. We can be better, as individuals, as communities, as societies; and the work starts here and now.

So here is my suggestion: We start with acknowledging that this is not normal, but in a much deeper way, we start by believing that normal is still attainable, if we're willing to work at it.

The most natural inclination of a person is to love and to trust... Every action of every individual, every event of history, every wave of culture; all of it is ultimately in pursuit of fulfilling the great Potential of Love and Trust.

This is the great dream of the Prophet:

And they shall beat their swords into plowshares, And their spears into pruning hooks: Nation shall not take up Sword against nation; They shall never again know war. (ישעיהו ב׳ ד׳)

Uvalde should be the last time. Hashem should help us to take meaningful action to move just a little closer to His world of Love and Trust.