The Problem with Shul

This article was written together with my friend and chavrusa Rabbi Ya'akov Trump. I am deeply grateful for his help in developing these ideas, and for his partnership in writing and editing this piece. 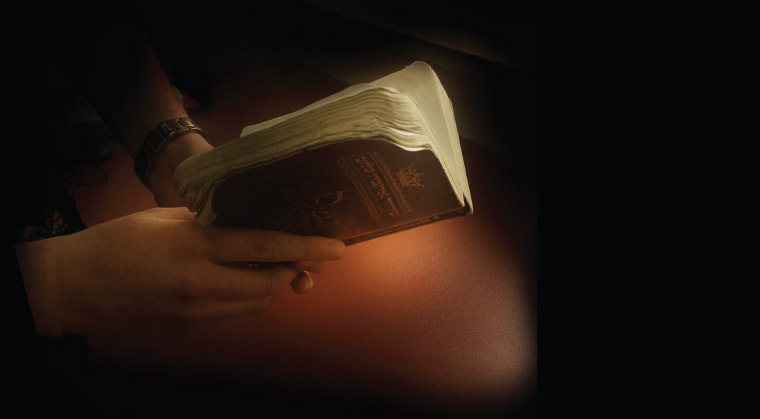 It's been almost two years since we first shut down shuls and minyanim. And while most aspects of personal and communal life has recuperated, minyan has not. Many friends and colleagues (גדולים וטובים ממני) have written and spoken about this. Truthfully, non-attendance is not a new problem. Talking in shul is not a new problem. And by all standards, it's not getting better.

Many point fingers at the flakiness of our generation (especially millennials) when it comes to attendance. Others are quick to blame talking on the length of shul services, piyuttim and drashos. Everyone agrees, to some extent, that whatever we're doing, something is broken. Something needs to change. Perhaps because of COVID and the exacerbation of these issues, it is an appropriate time for self reflection as a community.

Let's get a few things out of the way and set some ground rules for this conversation:

On the other hand:

There are other points, but this should suffice to set the stage for some serious consideration:

The first point of departure is understanding that minyan attendance is a long game. The continuous struggle to schedule life around minyan is both exhausting and yet potentially transformative. Pertaining to the exhaustion: The brunt of Minyan attendance is not borne by men alone. Wives and children will often be left waiting for attention and assistance at home. Activities and trips are cut short by the need to find a minyan, or make it back in time. And in a world that no longer operates on solar-time, the discrepancies between summer and winter, or even one week to the next are truly disruptive to every other schedule.

On the flip side, this constant reevaluation of time and schedule has the potential to slowly transform the regular minyan goer into a fully fledged Eved Hashem. Quite literally, it is a life of service of the Master of the World. When framed appropriately, this Mesirus Nefesh becomes a constant, if passive, tool for inspiring a family. (Of course, it is possible to frame it as an unwanted burden, which will negatively affect chinuch for years to come. The obligation to frame this conversation appropriately is encumbered on both husband and wife. Arguably, even more on the wife who is home with young kids waiting for Abba/Daddy to come home.)[^1]

All of this transformative mesirus nefesh, however, can be undone if the time we spend in shul is routinely interrupted by conversation. We all know that we have no reasonable justification for talking. It's counterproductive and it's offensive to everyone else; and each of us has felt the frustration of trying to make shul time meaningful, only to be disturbed by constant murmurings. When we have a yahrzeit to observe, a simcha to celebratre or a choleh to daven for, we yearn for the decorum we so rarely afford others.

None of this particularly novel. In an honest and non-defensive moment of introspection, most of us will admit that we could and should be doing better in minyan attendance and Tefillah attention. Tachlis, going to shul regularly, on time, and davening seriously without talking, are all correct. We know that this is what Hashem expects from us, and what we should expect from ourselves.

Why can we not take our Tefillah more seriously?

When we've asked this question to guys in shul (ourselves included) the answer is always some variation of “I'm just not there yet,” “davening by myself is far more meaningful”, “it's crunch time at home,” “I wish I could... but... “

All of this is true. But it's not honest. The simplest explanation for our non-attendance, as well as disruptive talking in shul is the same:

The great Bracha of our generation is that, in general, we have ample time and usually a couple extra dollars for the things that we enjoy. We find time and money for shows, dinners, trips and activities that we enjoy. And davening is not one of those things.

The reality is that our most of our lives, music, food, TV, deliveries, movies and entertainment are on demand, and curated to our tastes and preferences. If we don't like my drink at Starbucks, they will make another one. If my Amazon order arrived late, or has a scratch, two clicks will send it back. Who needs to put up with that that?! (Two tracks were skipped while writing this paragraph alone.)

Why then would anyone come to minyan? It's not meaningful, it's not enjoyable, and my wife and kids resent my absence during these critical moments of the day. The abstract aspiration of being an Eved Hashem is far too removed from the daily grind and the sacrifices that I am making in raising kids and paying tuition should count for something... right?

We have been subconsciously conditioning ourselves out of davening for years. Realistically, we are only moved to do things that we don't enjoy when there is greater pain in not doing it. That's why we rarely begin to diet or exercise without some dire warning. (And even then, sticking to it is hard!)

Let's be clear about one thing: No amount of guilt will convince a person of our generation to regularly do something that they don't enjoy doing. In general, blame, shame and pain are inferior tools designed to induce compliance. No-one in the history of Yiddishkeit has started enjoying davening because someone guilted them into coming.

The Greater Issue – It's Not Shul

This all brings us to the most difficult question. Why do we not enjoy shul?
What about it makes it subconsciously unenjoyable enough that we find ways to avoid it or distract ourselves while there?

The purpose of coming to shul is to find a few moments of quiet to focus on our personal and collective relationship with Hashem. But if we are not actively working on that relationship throughout the rest of the day, then coming to shul is like coming home to an estranged spouse. The words will not flow, the experience is stale. If we're just checking a box, then any distraction is a welcome break from the painful tension of spending half-an-hour carrying a conversation with someone who is a stranger at best, and a task master as worst.

So we arrive late, we leave early and we talk our way through. And that's when we come at all. Because talking to Hashem is weird and unnatural.

But it doesn't need to be this way. And in fact, I believe it was not this way for the majority of Jewish History.

There is a basic human need to converse, to connect and to express our thoughts in words. In all likelihood, throughout Jewish history, our people spoke to Hashem all day. Not formally, of course. Casually; in the long days of plowing, planting and reaping, we spoke to Hashem. In the quiet hours between nightfall and sleep, we spoke to Hashem. During the seemingly endless hours of lonely travel on bumpy dirt roads, Hashem was our only companion[^2].

Today, we lack those moments of lonely silence. And our need to connect has been filled with an infinite online audience. As such, we so rarely feel the need to address Hashem in our day to day lives – unless of course, we need something. And then we feel guilty for asking.

He is, by all standards, a stranger to us. We live in His world, we follow His laws, we obey His commands, but we never write, never call. (It is tragically ironic that we feel most connected during the Yamim Noraim, when He “Sits on the Throne of Judgement”. Apparently, the God we feel compelled to connect with is judgmental and punitive.)

What if Hashem was the background chatter of our existence? What if Tefillah was the soundtrack of our lives? Imagine, just for a moment, that thinking about Talking to Hashem didn't come hand-in-hand with the guilt of not doing it well enough. Imagine that coming to shul was a phone call with a friend you had been texting all day, and now finally had a moment to speak.

Naturally, even for people who want to talk to Hashem, minyan attendance is still an exercise in manipulating schedules. It's still not simple. But it's worth it, it's meaningful, it's enjoyable. And that's the stuff we somehow make time to do.

If this theory is true, then the solution to the problem does not actually lie in the confines of the shul building. It is waiting for us every waking moment of our lives.

So here's our suggestion, for both men and women: Start talking to Hashem. Start building a relationship.

If this sounds weird, we get you. First dates can feel uncomfortable. But the more we try it the more real it becomes. Start at more obvious moments in life. You might find that you're more capable than you know; after all, this is a first date with someone you've known your whole life. You grew up on the same block.

There are low hanging fruit here: When we approach moments of stress and anxiety, taking a moment to breath in deeply and express our fears and aspirations to Hashem is Tefillah. Running late for an appointment? Preparing for a meeting where you need to make favorable impression? Talk to Hashem!

From there we can start expanding the conversations. What about when that meeting worked just right? What about when the proposal was accepted, the contract signed and the nachas shepped? That's a moment for real gratitude. We can direct it to Hashem as well. And if you don't know what to say, start with this: “Hashem, Hi. I don't know what to say. But this is a relationship that I'd like to develop.” Take it from there. The words will come. It's easier, and more rewarding than you could ever imagine.

All of this will ensure that the next time you sit down and open a Siddur, it's not the start of an awkward conversation, it's the continuation of a warm, loving and leibedik schmooze, as Chazal tell us: ואין שיחה אלא תפלה – The greatest conversation is davening.

[1]) There is an essential warning to add here: The chinuch benefits of a minyan-attending husbands/dads can be totally disbanded if it becomes obvious to the family that minyan is an excuse to get away from being at home. Children intuitively understand the difference between “going to shul” vs “getting away from home” at a very early age, and the resentment of “choosing minyan over us” can seriously derail any attempts at raising passionately connected kids – and can destroy the foundations of trust in parent-child relationships. Kids know: if Abba comes home excited to spend time with us then minyan is a valuable place to be. If he comes home frustrated and annoyed, then it's just another excuse to avoid us. (This is an oversimplification, of course, and every day is different. But being cognizant of our moods in and out of the home will color the way every activity is perceived.)

[2]) We have evidence of this throughout The Talmud and Medrashim. For example: The Gemara (Brachos 40b) describes that before the formalization of the Brachos and Tefillos as we have them now, people had their own organic way of thanking Hashem. A particular shepherd known as Binyamin is recounted as having said in Aramaic: “Blessed is the Merciful who owns this piece of bread.” And it wasn’t just about bread. Any experience people felt in life could be a conversation with the Almighty. Even after the formalization of the Siddur, Chazal never negated the continual conversation with Hashem at every apex and nadir in our lives. We have always had an address to turn to.