When No One is Looking, Where Are We Going? 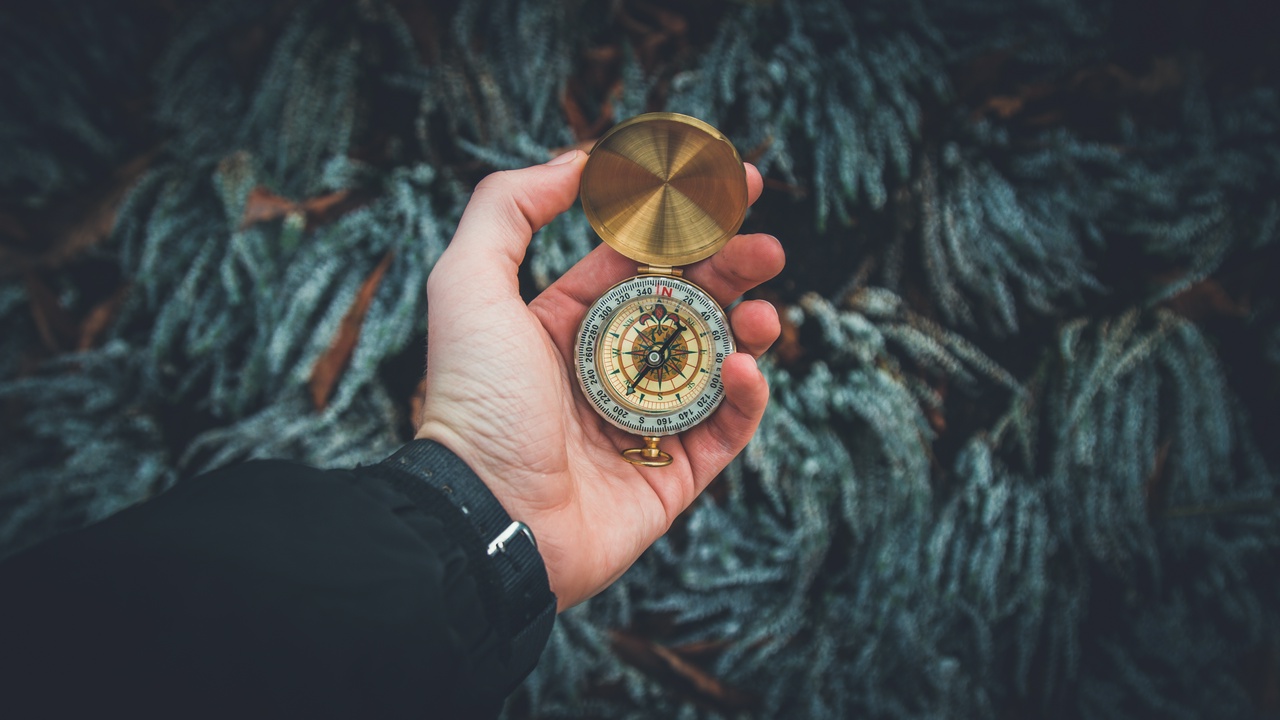 The Degel Machaneh Ephraim (פר׳ בראשית) was the first to coin the phrase (in the name of the Baal Shem Tov):

וידוע במקום שמחשבתו של אדם שם הוא כולו נמצא – It is well known, that in the place that a person's thoughts are, that's where they are entirely.

Rebbe Nachman expanded on this idea, teaching: If you want to know who you are, think about what you think about when you're all alone. When no one is looking, what thoughts do we gravitate to? What's our default? When no one is checking in, what are our aspirations? Who do we want to be?

It would not be an understatement to say that the entire enterprise of being a Jew is to move the needle on these default settings – even just a little. Of course, in theory, we all want to make those slight changes, tiny upgrades, climbing higher, growing greater.

The challenge here, is that without regular check-ins, our default settings can subtly shift, until we are no longer the people we were aiming to be.

This happens to us on a micro-scale almost every day. It starts with “I need to get through these emails.” That's the goal. Priority number one for the afternoon. Five minutes into my inbox, there's an email from a company that I didn't sign up for. Great! I'll unsubscribe from that list. It's a quick deviation, but ok, we're back on track... Then there's an email from some old photo account sending a notification that the service is shutting down and deleting my pictures. “Oh wow! I forgot that account existed. I guess I better make sure there was nothing important there...”

You probably been in similar situations.

Two hours of absentminded journeying down memory lane until we are awakened from our trance by the beep of the laundry machine, the oven or door bell. “Oh no! Where did all that time go?” By then, our email inbox has only grown more daunting, and the time allotted to clear it has disappeared into whatever place our minds have wandered.

It get's much worse the moment we click on that funny clip or reel. Hours of doom scrolling down infinity pools of meaninglessness...

Despite the blissful enjoyment of our distractions, we often awaken with frustration and regret. But what if the distraction was not simply losing an afternoon of email processing? What if we lost days, or even decades?

In these cases, the divergence happens so slowly over so many years that we fail to notice which way we're steering our lives.

Somehow, somewhere, in the pursuit of an idilic life of learning, he lost his drive to learn.

Of course, that's an extreme example, but you'll hear the same dejection and resignation from the retiree who always “planned on starting their own company”, and “just needed to get a little experience” before striking out on their own. Fifty years later there's a pit of regret in his stomach at his retirement party.

My grandfather, Rav Shlomo Yosef Zevin, came from a Lubavitcher family. He was in constant contact with the Rebbe, and when I decided – in 1955 – to begin learning in the Chabad yeshivah in New York, he was delighted. (Previously I had studied at the Ponevezh Yeshiva in Bnei Brak.)

Obviously, one of the main attractions of studying in New York was the opportunity to spend time with the Rebbe. And, as it happened, during my stay I had the chance to speak with him privately on three separate occasions.

The first audience included a lively discussion concerning my various Talmudic studies. My second audience was even more interesting. In middle of our conversation, he suddenly asked me, “What are you doing here in New York – doesn’t Jewish law prohibit a resident of Israel to leave for the Diaspora?”

I was a bit surprised by this question, as I had expected the Rebbe to know the three conditions which permit one to leave the Holy Land, but nonetheless I answered, “One may leave Israel for the sake of livelihood, to seek a wife or, as in my case, to study Torah.”

“Does that mean then,” he responded, “that before leaving Israel one must make a calculation – namely, that one would study more in the Diaspora than otherwise? And, having made that calculation, one need no longer think about it?”

He paused and then continued, “Or, does it mean that one must ask himself every day: ‘I am a resident of the Holy Land of Israel, what am I doing in New York?’ And every day one must be able to answer, ‘I have studied more today than I would have back home.’ Perhaps that is what one must do?”

It's a demanding perspective to have, perhaps impossibly demanding. But, then again, Rabbi Nachum Zevin went on to serve as the Chief Rabbi of Kiryat Eliyahu near Haifa. He made it back to Eretz Yisrael, when so many others found good reasons to stay in New York.

The importance reevaluating our default perspective is codified amongst the mitzvos of a Jewish King in our Parsha. The Torah tells us that a King is obligated to write a Sefer Torah which he must carry with him throughout his life, constantly learning from, constantly reviewing.

Rashi (דברים יז יח), however, quotes from Chazal (סנהדרין כא ב׳) that the King writes not one Torah, but two:

The King should write משנה תורה – i.e. two scrolls of the Law, one that is placed in his treasury and the other that goes out and comes in with him.

Why should the king have two Sifrei Torah? Or rather, what is that purpose of the first Sefer Torah. Granted, the king should always have access to Dvar Hashem. It should guide him, teach him, humble him, accompany him on every journey. That's the second Sefer Torah. But why does he need a separate Torah for his treasury at home?

The Malchus Shlomo (Rav Shloime Twerski) explains: Each of us carry with us a “Torah” of our own; our version of Ratzon Hashem. But as we encounter the reality of life, with all of its distractions and complications, we begins to read our Torah a little differently. Not that we're trying to twist and corrupt it, God forbid, but simply that our dreams, hopes and priorities change. We find leniencies where necessary and sometimes our judgment isn't always free of agenda. Little by little, it's possible that our relationship to the values of Torah changes with the turns and bends on the roads of our lives.

To this end, a Jewish King (and each of us accordingly) is obligated to keep a Sefer Torah at our home base as well. This Torah is never read, never even opened. But it stands as a constant reminder of our aspirations and priorities from before we started down this road. It serves to center and ground us, keeping us connected to the goals we had before we got distracted.

These weeks from Elul through Tishrei are days of coming back to the Sefer Torah at home; they are geared to provoke the same awakening. It's a return to home base, to our hopes, goals and dreams. It's a chance to realign the Torah we've carried this past year with the Torah that we're aiming to carry into the future. Hashem should help us to plug-in, recharge and reignite the dreams of who we're going to be in the year ahead.